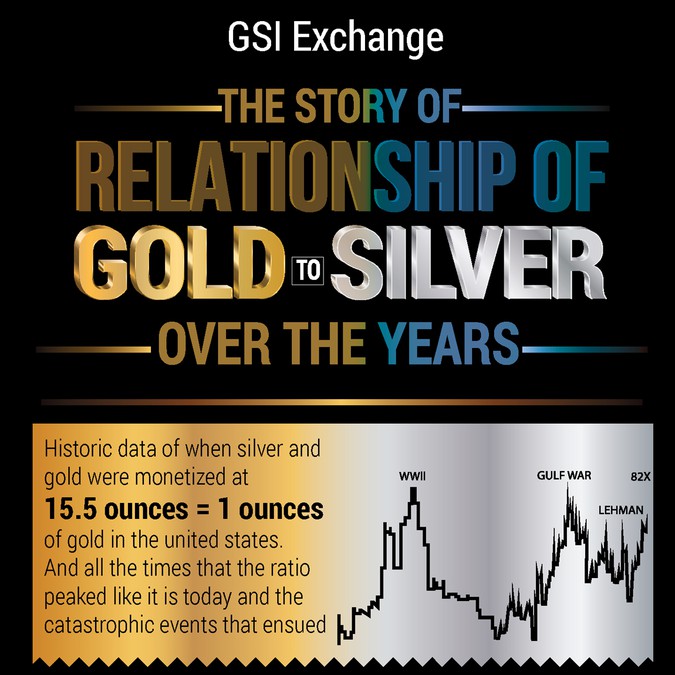 AAAnderson999 needed a new infographic design and created a contest on 99designs.

A winner was selected from 45 designs submitted by 15 freelance designers.

Entries from this contest 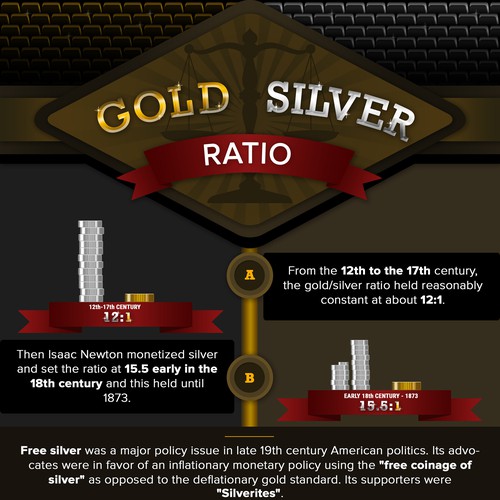 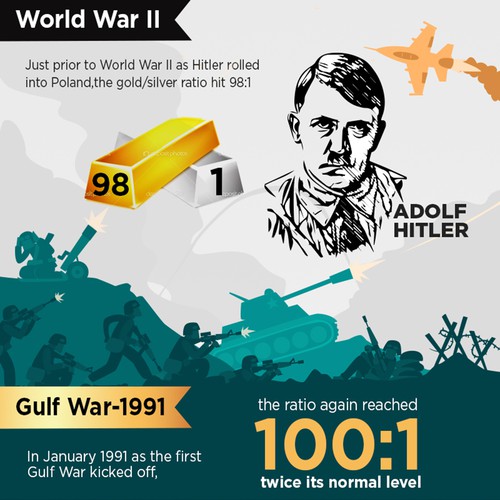 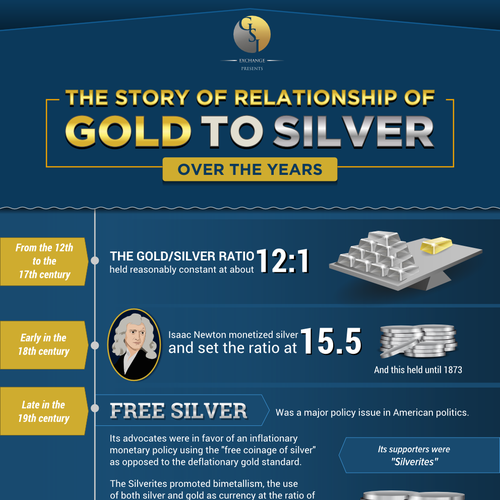 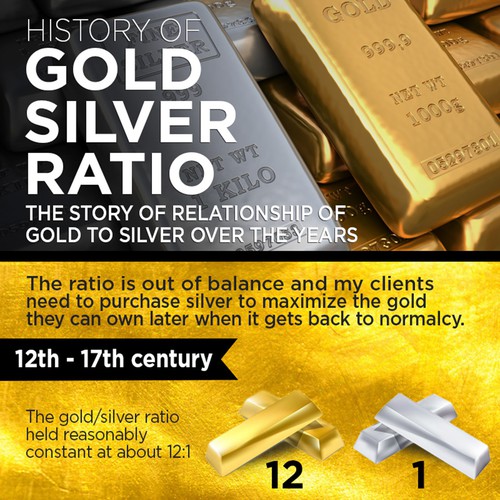 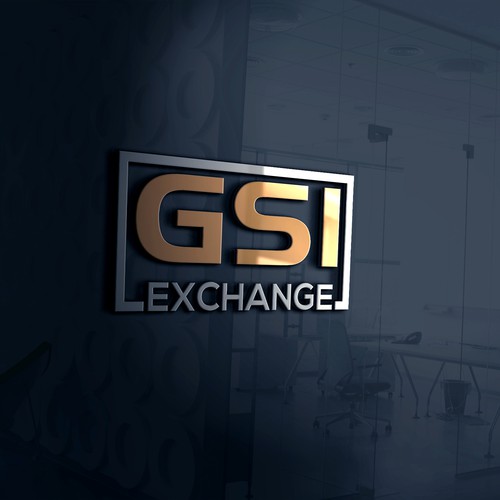 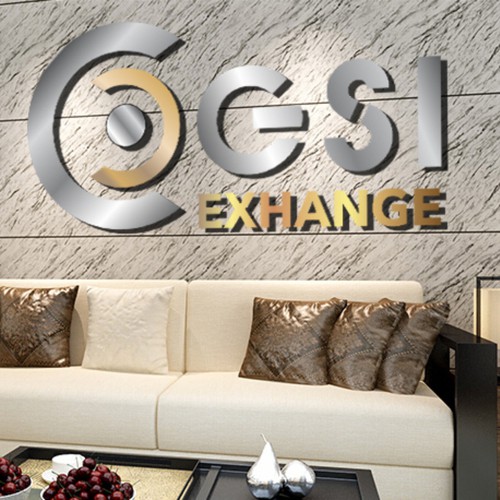 Some of the designers who made it happen

Winner - rainmar
Rainmar is so easy to work with and tremendously talented. I received my completed design very rapidly. I highly recommend Rainmar!!
- docshelly

How AAAnderson999 started their infographic journey

Who are you known as?

What industry do you think your business is most related to?

The story of relationship of Gold to Silver over the years. The ratio is out of balance and my clients need to purchase silver to maximize the gold they can own later when it gets back to normalcy.

Historic data of when silver and gold were monetized at 15.5 ounces equal to 1 ounces of gold in the united states. and all the times that the ratio peaked like it is today and the catastrophic events that ensued.

From the 12th to the 17th century, the gold/silver ratio held reasonably constant at about 12:1.

Then Isaac Newton monetized silver and set the ratio at 15.5 early in the 18th century and this held until 1873.

Free silver was a major policy issue in late 19th century American politics. Its advocates were in favor of an inflationary monetary policy using the "free coinage of silver" as opposed to the deflationary gold standard. Its supporters were "Silverites". The Silverites promoted bimetallism, the use of both silver and gold as currency at the ratio of 16 to 1 (16 ounces of silver would be worth 1 ounce of gold) A listle known fact is that during this time the free silver movement created the popular childrens story of the wizard of OZ as a monetary allegory Dorothy to seek out the Wizard of Oz (‘oz’ being short for ounce, the means of weighing both gold and silver). She also gives her a pair of silver slippers (as they were in the book - they became ruby ones in the film). Only these silver slippers will enable her to remain safe on the yellow-brick road, representing the bankers’ gold standard, as she heads towards the Emerald City, representing Washington DC.

In terms of relative abundance in the earth’s crust, silver exceeds gold by a ratio of about 18.75.

Indeed, prior to 1900, the gold-to-silver ratio hovered around 16. This was likely because many countries were using gold- and silver-backed currencies. For instance, France and the United States (among others) assigned statutory limits on what the ratio could be.

Also, the U.S. Geological Survey estimates that there’s 17.5 times more silver in the Earth’s crust than gold, which could provide another explanation for the pre-1900 gold-to-silver ratio average.

Throughout the twentieth century though, the gold-to-silver ratio has averaged about 47-50 and has fluctuated wildly at times only peaking a few times over 70 to 1 like it is today. Because gold is still traditionally seen as a safe haven, the ratio tends to rise dramatically in times of crisis, panic, and economic slowdown.

Just prior to World War II as Hitler rolled into Poland, the gold/silver ratio hit 98:1.

In January 1991 as the first Gulf War kicked off, the ratio once again reached 100:1, twice its normal level.

In nearly every single major recession and panic of the last century, there was a sharp rise in the gold/silver ratio.

These panics invariably led to a gold/silver ratio in the 70s or higher.

We’re seeing another major increase once again. Right now as I write this, the gold/silver ratio is 75/1, nearly as high as the peak of the 2008 financial crisis.

The point is if we take note from history and buy 75 ounces of silver now instead of an ounce of gold. when the ratio returns to normal levels we can double or possible triple our clients gold holdings.

According to this infographic there is 14b worth of silver above ground vs. 7.8t worth of gold http://money.visualcapitalist.com/a…alization/

There is a lot more but hopefully this get the party started!

Images of coins that I sell... Gold Canadian coins and silver coins stacked up against each other as the ratio falls visually showing the client gold profits without adding more money.

I want this to be simple. Its a lot of data but lets make it fun and easy to understand.

We saved a spot for your infographic contest.