KY Monthly got their new illustration or graphics by running a design contest:

Kentucky Monthly is a general interest magazine published ten times per year. We celebrate the people, places, events and culture of our state, making our magazine the go-to source for entertaining and informative stories celebrating the Kentucky lifestyle. www.kentuckymonthly.com

Target Audience:  Our readers are predominantly college-educated, with above average household incomes.    Age range is 35-70, with slightly more female readers to male. Tone:  Our magazine is generally upbeat and positive so we’re not looking for a cover that communicates a political opinion or overtcontroversy.   Rather, as you can see in the attached draft article, we’re simply communicating the facts of how Kentuckians tend to vote and offering some thoughts on why there’s a tendency to vote Republican nationally and Democratic locally.  Ideas to consider:  - Use of the state outline as a primary graphic element. - Could modify/use the state seal in some manner (link to seal: http://en.wikipedia.org/wiki/File:S…tucky.svg) - Political buttons as a graphic element - Political poster-look (we are particularly fond of the letterpress style) - Use of donkey and elephant to represent the parties – or other political iconography – is welcome.   In particular, would be interested to see a split face image (see this magazine cover as a reference point: (http://www.time.com/time/covers/0,1…5,00.html) using illustrations of the donkey on one side, elephant on the other. ________________ We need an illustration to accompany an article about the muddled and contradictory political landscape in Kentucky and how this dichotomy displays itself in relation to the 2012 presidential election. The illustration will be used as a cover image for the magazine. Tone of illustration can be humorous or serious … or somewhere in between. Specifications: Vertical format – 8.125” x 10.875” plus 1” bleed all around Top 3” of image needs to be open space to allow for masthead Bottom right corner will be covered by a 1.5” x 1.25” barcode Need additional open space on left and right on which cover teasers/headlines can be placed Key points from the article to consider in preparing your illustration: When the occasionally wild and always wooly subject of Kentucky politics is broached it’s advisable to avoid the usual history professors and government insiders who pose as experts and head directly toward a psychiatrist with analytical powers greater than Freud. It’s the only way anyone is ever going to understand the schizophrenic nature of the state’s own unique brand of electioneering. On the local level Kentucky has been, and to a great extent remains, a Democratic state. As of July 20, the office of the Kentucky Secretary of State showed registered Democrats outnumber registered Republicans, representing about 55 percent of the statewide electorate. Since 1924 Democrats have held the state’s governorship for a remarkable 72 years. Republicans have controlled the first floor of the State Capitol for a mere 16 years during that run, usually only as a result of dissention within Democratic ranks. But Democratic dominance in state government is only a part of the story. There have been 22 presidential elections since 1924. Republicans have taken Kentucky 12 times, compared to 10 successful efforts by Democrats. Since 1952, only two Democratic presidential candidates have received more than 50 percent of the state’s popular vote. The seat currently held by Sen. Mitch McConnell, R-Louisville, has been in GOP hands for 44 out of the last 56 years. The GOP hold on the state’s other Senate seat is nearly as impressive – it has been in Republican hands for 31 years. It is, by any stretch a Jekyll and Hyde political scorecard – with the role of Jekyll and the role of Hyde determined by where you stand on the political spectrum. Just how this bipolar view of politics developed is up for debate. About the only factor folks on opposing sides of the aisle agree on is that Kentucky voters lean to the right. Kentucky Democrats on the national scene, in fact, usually are of the “Blue Dog’’ variety who tend to snub fellow members associated with the party’s liberal wing. Other information: Centre College in Danville, Kentucky will host the Vice Presidential Debate on October 11.

Illustrator will be given credit in the magazine and we’ll gladly send you a PDF of the cover and/or story; and a few hard copies of the magazine. Illustrations should not depict Kentucky or its citizens in a negative light. Please consider use of a white background for your illustration (but this is by no means mandatory). Recommend a bold use of color (again, not mandatory). Illustration should not be too visually cluttered. Keep in mind the meaning and intent of the illustration must be a fairly quick read; and it should “pop” on the cover in order to grab the attention of a potential newsstand buyer. Please reference the August cover for the normal look and feel of the magazine.

KY Monthly collaborated with designers to refine their ideas

I'm starting a podcast that I want a logo for with me and my daughter. Our target audience is mostly men and women in t

I am currently working on a series of short fantasy stories about a world within our own. There is a total of five books

Design a logo to attract people who want to live a more fulfilled life!

Creation or rebuilt a logo’s company. This logo will be used on a web site and a mobile application. This website is de

I'm a writer, and I have written a children's book.

Critters on a Leaking Boat

Book Publishing and the target audience is anyone who reads books.

Need a fun and modern social media illustration to use across our channels!

Olive and Milo is a digital marketing agency that focuses on social media. We offer social media services such as consu

Check out other communications design inspiration 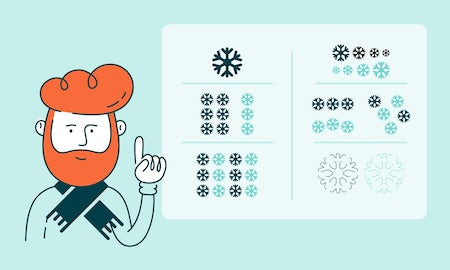 The Gestalt principles of design: how psychology shapes perception 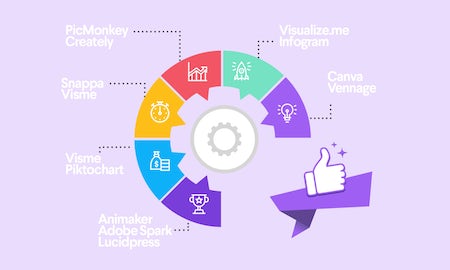 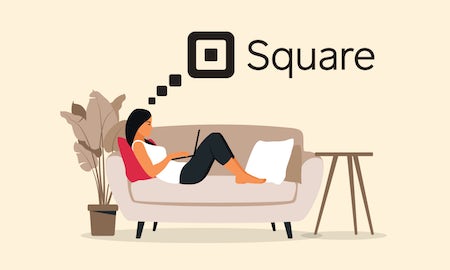